Red Arcis Entertainment (Rae) Comics announced a Kickstarted campaign for their anime-inspired Black Comic titled Okemus. The company’s lead artist and president TJ Sterling says he created the comic to create a more diverse world, one that he didn’t have as a young artist.

“Growing up, I saw almost no representation of Black or people of color in the comics I read. I promised myself that when I created my own stories, the characters would reflect the world I
know.”–TJ Sterling 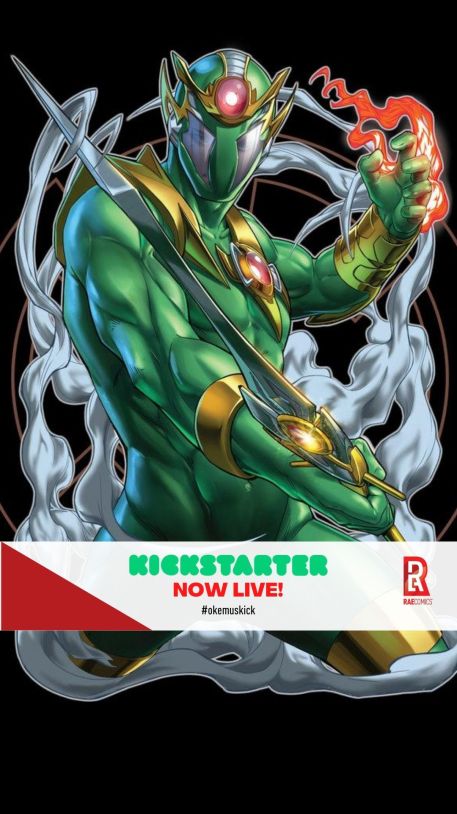 The Okemus Kickstarter campaign goal is to raise $3,000 for marketing, publishing, and distributing the 4th issue of the comic. According to the announcement, “Stretch goals will include donations to both the National Kidney Foundation and the Harlem Black Arts Alliance, two charities that are important to Sterling and RAE’s mission.”

RAE Comics was founded in 2015 by artist, writer, and creator, T.J. Sterling, to publish unique stories about under-represented characters. As well as to create innovative, popular, and rarely seen narratives about Black and POC characters. In addition to comics, RAE also sells art prints, t-shirts, and collectibles.

Sterling is one of the few Black artists who has worked for both of the two biggest comic book companies globally, Marvel Comics and DC Comics. After working on over 50 titles at “the Big Two” as a Production Artist on well-known characters such as Spider-Man, Avengers, and a Layout artist on Batman, in 2015, he decided to launch his own imprint Okemus under his own banner, RAE Comics.

Okemus is a sci-fi, action, anime-inspired story that follows Cale. An orphaned teen who unknowingly possesses a latent super-human ability. Four villainous biomechanical warriors known only as The Okemus Hunters are after him. Travelers from a future Earth, they’re on a mission to steal his abilities. One part Terminator, one part Power Rangers, one part HULK, Okemus is all adventure as Cale’s destiny is the key to both worlds’ salvation.

You can support Rae and find out more information at: 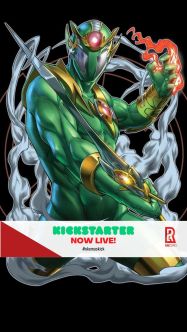 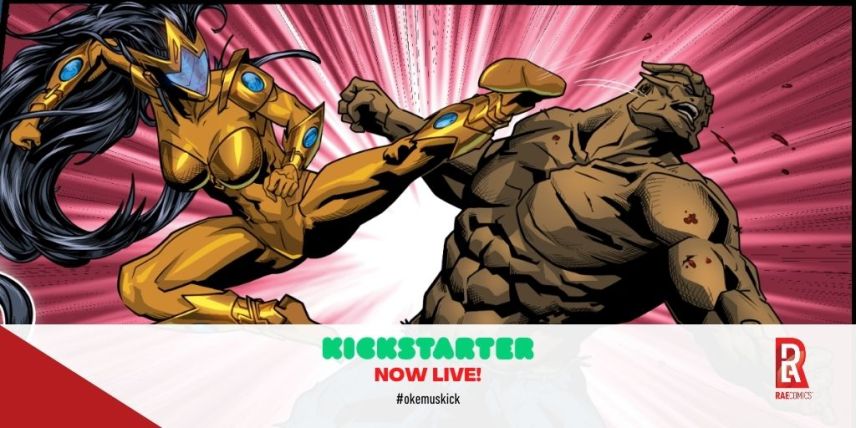 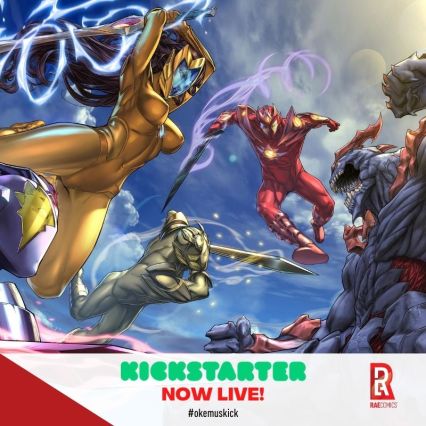 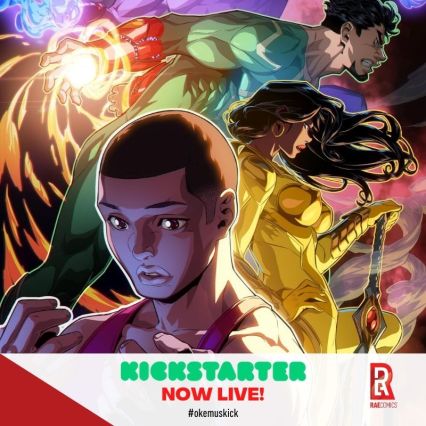